"Depression is a real problem, but there is hope."

This was the most important message of the "Understanding Depression, Self-Harm, and Suicide" seminar held last October 26 at the CSM Building in Parañaque. In partnership with Amara Counseling and Training Center,

the first-time seminar drew an attendance of 270 participants from 73 churches and groups.

Professional counselors Alain Dizon and Pastor Archie dela Cruz shared important insights to help pastors, church workers, and educators in dealing with depression, which, when left untreated, can lead to self-harm or suicide.

"Depression and suicide are fast becoming an alarming trend, especially among youth," Pastor dela Cruz stressed, citing a 2016 finding that as much as seven Filipinos commit suicide every day.

Dizon as facilitator took time to define depression. The word depression is loosely used nowadays for experiences that may be mere sadness or mourning. "When sadness or grief persists for an extended period of time, it can possibly be diagnosed as depression," he said.

Self-harm or the tendency to inflict pain on oneself such as cutting and mutilation was also differentiated from suicide. "The thing that differentiates self-harm from suicide is mostly intent. Self-harm uses pain as a means of escape, while suicide views death as the only way out," dela Cruz said.

Another important issue discussed was the Christian perspective on depression, especially the stigma associated with mental health issues. The resource speakers helped participants come to the realization that Christians with depression are not to be judged but instead nurtured by the community of believers.

Dizon detailed steps for the treatment of depression to prevent self-harm and suicide. "The process usually involves counseling, psychological help, and/or psychiatric intervention. But sometimes, the only thing needed is for someone to LISTEN to them," he said.

While instances of depression, self-harm, and suicide seem to be on the rise, dela Cruz and Dizon encouraged the participants not to be overwhelmed. "Counseling is good, therapy is good, and medication can only do so much, but we have hope in Jesus that lasts," Dizon reiterated.

For inquiries and scheduling by appointment with any of their resident counselors, contact Amara Counseling & Training Center at 8533-6183 and 0936-9218516 or email them at amaracenter2015@gmail.com. 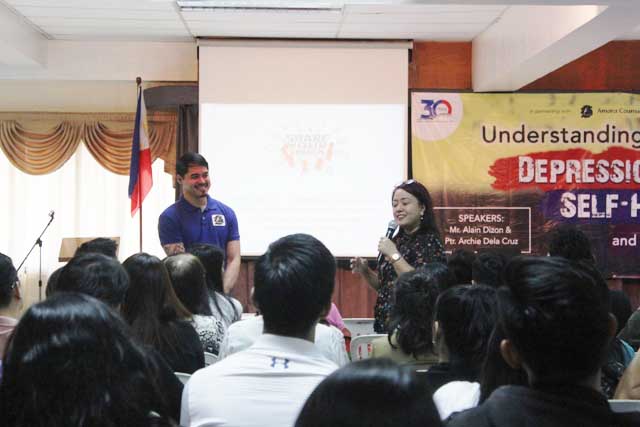 A participant shares her experiences regarding issues or challenges that Christians with depression are facing as Amara counselor Alain Dizon looks on.

Q & A during the morning session 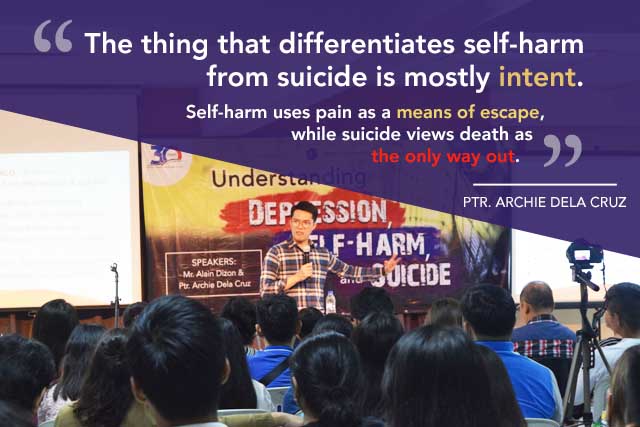 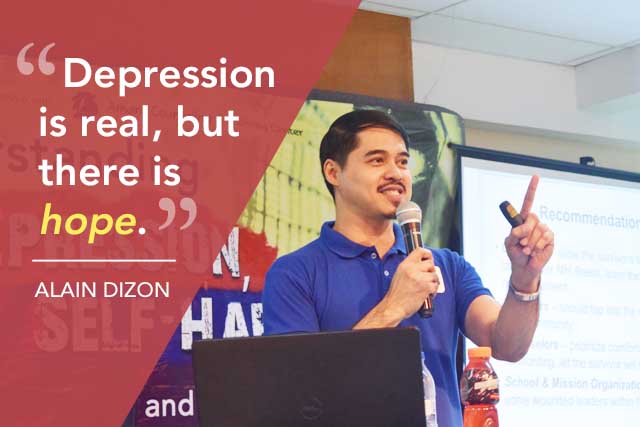 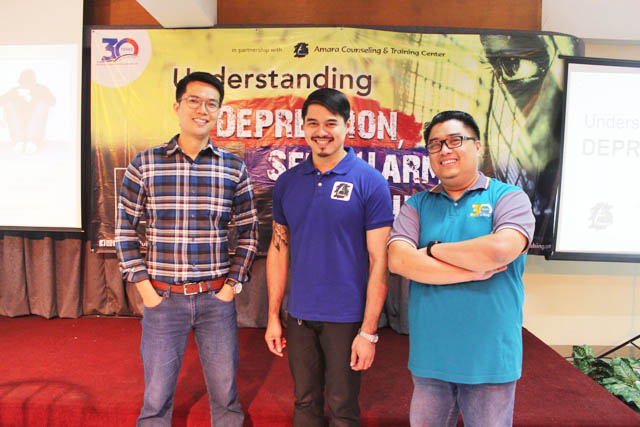